BBA President Paul Dacier and Mayor Thomas Menino pose with the current representatives and alumni of the Mayor’s Youth Council.

Last Friday night BBA President Paul Dacier and BBA Executive Director Rich Page joined Mayor Thomas Menino along with the current representatives and alumni of the Mayor’s Youth Council (MYC) at the 20th Anniversary Celebration. As you may know, the BBA is a longstanding partner of the MYC, combining efforts with the City of Boston and Northeastern University.

Here’s what BBA President Paul Dacier had to say about the event:

“It was such an honor to be part of the 20th Anniversary Celebration of the Mayor’s Youth Council. The students selected for the program are an incredibly impressive group. I couldn’t believe what they have accomplished throughout our city in just the past year – connecting with hundreds of teens on important issues, getting the word out in every community about education and growth opportunities and working with local leaders on expanding youth initiatives. It is programs like this that truly empower the young people in our city, and the BBA is proud to be a partner.”

In addition to recognizing the accomplishments of the MYC, the event paid special tribute to Mayor Menino, who created the Council in 1994 and remains committed to Boston youth throughout his term in office.

See below for more photos from the event: 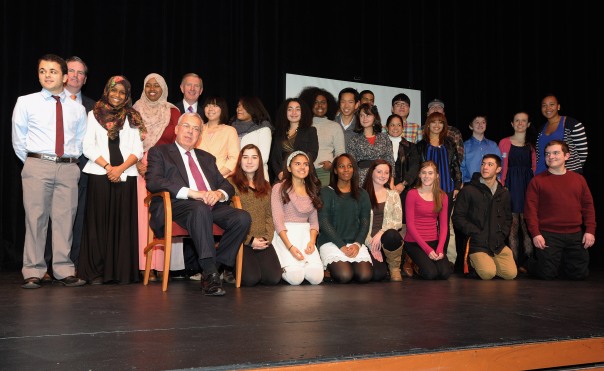 Stay tuned for more information on the Mayor’s Youth Council.

The Boston Bar Association, which also goes by the acronym BBA, is a volunteer non-governmental organization in Boston, Massachusetts.
View all posts by BostonBar »